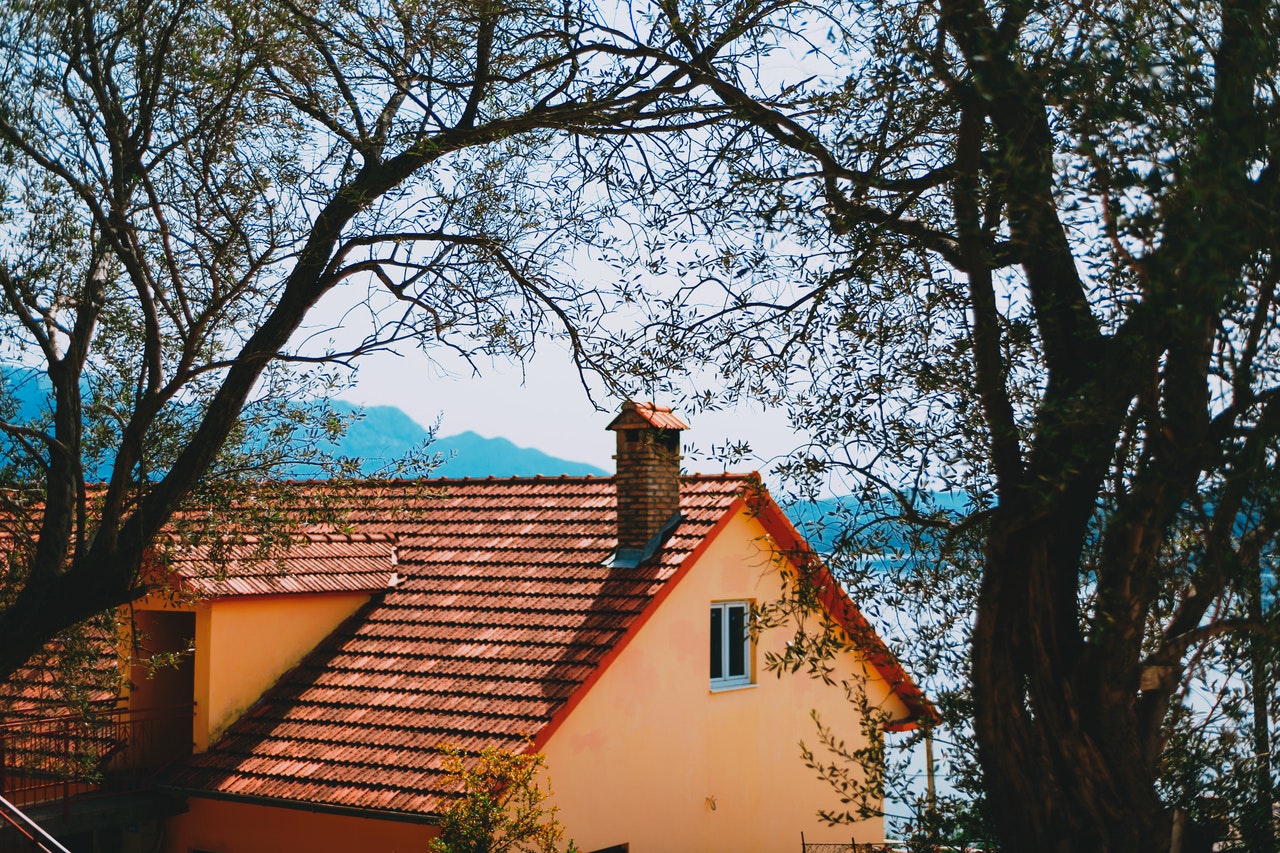 When Scott Harris and Sarah Jack did a major renovation of their 1925 Teaneck, N.J., colonial in the summer of 2009, they kept the environment in mind—for example, choosing kitchen counters made of cement and recycled glass. They thought about solar roof panels, but rejected that idea when they were told they’d have to chop down a towering tree that shades their back yard and house. Instead, they installed a green, or living, roof. The greenery absorbs and filters rainwater, as well as adding insulation, which cuts heating and cooling costs.

For most homeowners, the biggest environmental impact of a roof is simply that it keeps the environment out. But there are innovations that aim to make the roof over your head an important tool in the effort to save energy and reverse global warming. And we’re not just talking about solar panels. There are cool roofs that reflect, instead of absorb, the sun’s rays; roofs made with recycled material; and green or “living” roofs, like the one on the Harris-Jack house.

While the number of energy-saving options is growing fast, these roofs tend to be significantly more expensive than the traditional asphalt shingle roof. As a result, homeowners have been slow to adopt them.

But Harris, a graphic designer, and Jack, a publishing executive, made the leap—choosing a green roof partly for energy savings, and partly for aesthetics. “We wanted to do something to see if we could save on energy bills,” said Harris. “But it’s nice just to look out at it. Now when people come to visit, we have to bring them upstairs to look at the roof.”

Their green installation, on a flat section of roof at the rear of their house, consists of shallow trays holding a light, rocky soil and a mix of sedums, a drought-resistant, low-maintenance plant.

It was the first residential roof installed by Rob Schucker of R&S Landscaping in Midland Park, N.J., who also created a rooftop garden at Hackensack University Medical Center. He got interested in green roofs several years ago. “I was flying out of Newark, and I looked down and just saw this sea of black asphalt roofs,” Schucker said. “It just struck me: ‘Wow, we’ve really impacted this New York-New Jersey area. What would it look like if these black surfaces were all green?’”

The cost of green roofs ranges from $15-$35 a square foot—significantly more than a simple asphalt roof. The roofs require a structure strong enough to hold the plants and soil, even when the soil is saturated after a rainstorm. And some homeowners worry that if such a roof develops a leak, it would be more difficult to fix—though using trays lessens that concern.

But green roofs tend to last much longer, because the vegetation protects the roof structure from drastic changes in temperature, according to Jennifer Souder, a research manager at the Center for Green Building at Rutgers University. “They can be a hard sell, because this is money you have to pay now,” she said. “But over the long period, they can be cost-effective.”

Green roofs can also help the environment by reducing storm water runoff, which washes pollutants into the state’s waterways. And they can dramatically reduce the so-called urban heat island effect—the tendency of built-up, paved areas to be hotter than rural, natural areas. Souder said a test on roofs in Queens found that on a hot day, the air above a black roof registered 170 degrees; above a white roof, 115 degrees; and above a green roof, 85 degrees.

Though green roofs are still unusual, the industry grew 16% in 2009, according to the organization Green Roofs for Healthy Cities. They’ve been used on a number of public buildings, including Chicago City Hall.

Environmental concerns are also giving a boost to metal roofs, which make up an estimated 11% of the residential re-roofing market, up from about 4% a decade ago, according to the Metal Roofing Alliance, a trade group.

They typically include at least 28% recycled material, and can be recycled at the end of their useful lives. In addition, the roofs can be coated or painted to reflect sunlight, which reduces the home’s air conditioning costs. Some are Energy Star-rated, which entitles homeowners to a federal tax credit of up to $1,500 (which expires at the end of the year).

Bob LeSauvage had a very simple reason for choosing a metal roof on his Mahwah, N.J., home: “I’ll never have to think about doing a roof again—and the next guy who owns the house probably won’t, either,” he said. The steel roof LeSauvage had installed on his 1930s-vintage home last summer has a 50-year warranty.

So far, he’s very happy with it. There’s a layer of insulation between the wood and the metal, which muffles the sound of rain—though he said the acorns falling from a nearby tree do seem to make more noise than they did on the old roof.

Metal is not the only material that is recycled for roofs; roofs can be made out of recycled rubber and plastic, including old tires, carpet and bottles, and made to look like slate or wood shakes.

Even asphalt shingles, the workhorse of the roofing world, are getting an energy-saving twist. Asphalt roofs are the lowest-cost option, typically running $80-$100 per “square”—a roofing industry measure that’s equal to 100 square feet. That comes to about $1,000-$1,200 for a 1,200-square-foot roof on a Cape Cod (not including installation charges). Larger houses, of course, cost more.

Because the asphalt shingles are affordable, they cover eight of every 10 homes in the U.S., according to the Asphalt Roofing Manufacturers Association.

But there are some new developments here, too—notably energy-saving “cool” roofs, which incorporate reflective granules to reduce the heat that comes into the attic.

GAF Materials Corp. of Wayne, N.J., one of the nation’s largest manufacturers of roofing materials, estimates that such roofs can cut homeowners’ cooling costs by 7-15%.

Cost, however, is an issue. The cool shingles cost at least 40% more than regular shingles, according to Tim Williams, director of marketing at East Rutherford, N.J.-based Allied Building Products. Many homeowners like the idea of saving energy, but are reluctant to spend the extra money, he said.

Dean Logan, president of Complete Roof Systems in Dumont, N.J., said the reflective shingles don’t offer much benefit, especially considering their cost. He said homeowners who want to save energy would be better off spending money on insulation under the roof.