Real Estate Rebound In The Offing 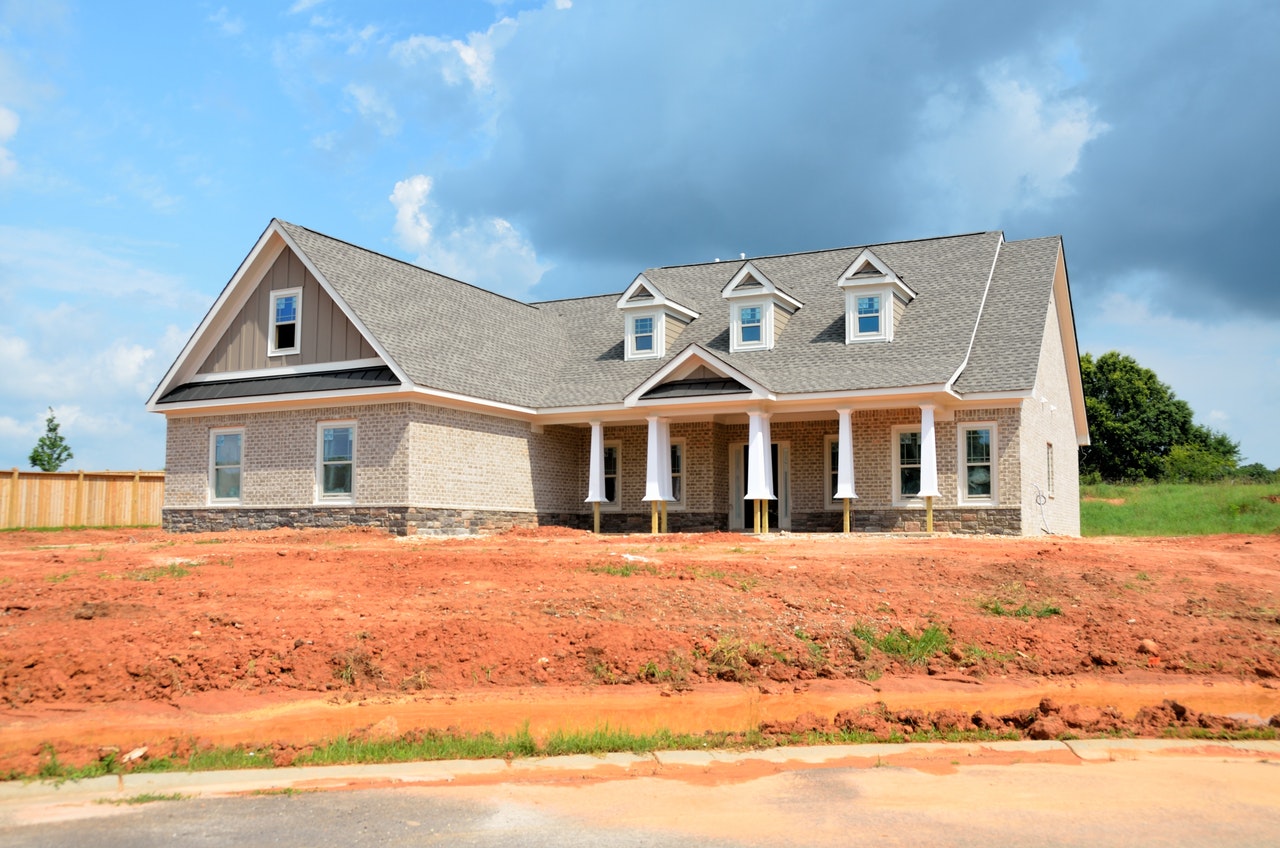 A house for sale on Clinton Avenue in Kingston.

The regional real estate market, which has not suffered as much as others following the burst of the national housing market bubble, seems to be stabilizing and could be poised for a rebound in the next few years, real estate professionals say.

Tim Sweeney, associate broker and owner of Prudential Nutshell Realty, said Ulster County was able to weather the downturn in the market better than other areas because its natural geographic location brings a different demographic.

With the exception of the southern part of the county, Sweeney said, Ulster has neither a large commuter population nor a large corporate workforce. That means the county is less subject to swings of boom and bust, he said.

“As a result, our market absolutely has suffered, but not as badly as other areas, both regionally and, certainly, nationally,” Sweeney said. “Where some areas experienced extreme over-building, leading to an over abundance of inventory, Ulster County did not. The reason is two-fold – a naturally less-volatile economic climate and excellent zoning in many townships.”

Sweeney said Ulster County sales trends from 2001 to the present, based on Multiple Listing Service statistics, show the height of the market for units sold was 1,883 in 2005, while the average sales price peaked at $300,742 in 2007. He said many people in the industry believe the trend up was the result of Sept. 11, 2001, and was further fueled by an economic boom.

Sweeney said there are several reasons for the downward trend, including the economic downturn, inventory supply, educated buyers and natural market trends. He said, though, he believes the market is now turning in a good direction for consumers.

Sweeney said Federal Housing Administration loans were available, but a low dollar cap only worked for a small sector of the market and jumbo loans at that time of $417,000 and more were virtually impossible to secure.

The good news, Sweeney said, is Congress recently passed a resolution to extend through 2010 the current higher loan limits observed by Fannie Mae, Freddie Mac and Federal Housing Administration. He said this has filled the void created by the banking crisis in 2008. While money is still tighter than it was, because the banks are performing due diligence in reviewing mortgage applications, that is a good thing for the industry, Sweeney said.

Additionally, the first-time homebuyer credit of up to $8,000 has also been a boost to the market, Sweeney said. More than 2 million consumers have taken advantage of the credit, which will be available through April. The credit, combined with lower prices and lower interest rates, means millions of buyers are able to own their own homes.

“It is especially gratifying to me to see young families be able to afford a home purchase today, where three to five years ago they could only dream of it,” Sweeney said. He said the percentage of homes sold in Ulster County over the past four months is 8 percent higher than the same period in 2008, and 18 percent higher than in 2007.

Alexa Latimore said she and her husband Roger were able to take advantage of declining housing prices to purchase a new home for their family. The couple, who have three daughters, purchased a 1,700-square-foot house in Accord in March and are now looking to purchase an adjoining two-acre vacant land parcel.

“We had started looking about four years ago and everything was ridiculously priced,” Latimore said. “So, we stopped looking.”

It was not until last November that her real estate agent, Laurel Sweeney of Prudential Nutshell Realty, called to say she had found the family the perfect home. Latimore said the house was indeed perfect, “and we got it for dirt cheap because the market was down then.”

Latimore said she and her husband paid $205,000 for their home, which likely would have been out of their price range a few years before. She said the couple was able to take advantage of first-time homebuyer credits.

Ulster County resident Jonathan Tuscanes said he purchased a new home with a different layout to accommodate his family’s needs. He said he was not “super serious” about finding a house, but was able to find one that fit in his price range. Tuscanes said he did not have to look long to find a house and visited only four before deciding on which to buy. Low interest rates helped with the decision to buy, he said.

For Barbara Scanlan, the decline in the real estate market meant she had to accept $15,000 to $20,000 less than she thought she would get for her High Falls home when she put it on the market. The house, on Bruceville Road, had become too much for her to take care of on her own after the death of her husband, David. Scanlan said it was an emotional decision to sell, and the house was on the market for about five months before she got an offer she thought would go through.

Despite the lower offer, Scanlan said she got $279,000 for the house she and her husband originally paid $160,000 for. Additionally, she said, she was able to find a smaller home to rent on Kripplebush Road, with the assistance of her real estate agent, Laurel Sweeney. Finding a rental so close to her former home meant she was able to stay close to friends, stores and other amenities, Scanlan said.

“So, it’s a success story, really, in spite of the ups and downs of the real estate market,” she said.

Ted Banta, a real estate agent and president of the Greene County Multiple Listing Service, said that besides the first-time homebuyer credit, buyers are also benefiting from a $6,500 federal tax credit for individuals who have owned and lived in their previous home for five consecutive years out of the past eight years. He said they are also benefiting from state tax credits.

“Over the next three to seven years, I think, Greene County is a very exciting market,” Banta said. He said people are moving to Greene County for the lower prices and generally lower taxes. Banta said he also sees the second home market rebounding.

The median home price in Greene County is between $160,000 and $170,000, Banta said, but he noted the market has seen a lot of movement on homes under $150,000. There is also a second market of higher-priced homes in areas like the mountaintops and Sleepy Hollow in Athens, he said.

Banta said financing is available for buyers, but lenders have gotten stricter, a development that, while correcting the easy credit that created the market bubble, can be a problem. He cited a situation in which a bank would not lend to an individual seeking to sell a home and buy another, even with an income sufficient to support two homes before the sale of the original home was complete.

Stephen Nelson, chief lending officer at the Bank of Greene County, said most community banks were not as affected by the banking crisis because they did not get involved in sub-prime lending. He said the sub-prime lenders provided 100 percent financing and no income verification, where as the Bank of Greene County would finance 80 percent of the property and follow conservative underwriting practices.

As a result of the more conservative lending practices, community banks and those who did not get involved in sub-prime lending have not been as hard hit with foreclosures, Nelson said. He said his bank has had some, but as of the end of September the Bank of Greene County did not own any real estate. Nelson added that the bank always tries to work with its customers to help them avoid foreclosure.

“People who struggle should really contact their lender to work out some type of payment agreement,” Nelson said. In this region, he observed, foreclosures are generally the result of people being out of work, rather than the property values decreasing drastically. Nelson also said the area did not have as large of a building boom as other places, like California.

Michael Shaughnessy, executive vice president of Ulster Savings Bank, said he believes the Hudson Valley’s home values have held up better than other areas. While there has been a decline, he said it’s not so bad as to leave homeowners owing a lot more on their mortgage than their property is worth.

Shaughnessy said Ulster Savings Bank generally does not have any foreclosures in a typical year. “We try to do everything we can to avoid foreclosure,” he said. This year, though, the bank has foreclosed on six properties in Ulster County, three in Orange and two in Dutchess. Shaughnessy said part of that was due to the bank’s conservative lending practices and the other was the home values not declining as much as other areas.

Additionally, Shaughnessy said, there is still a lot of activity in the homebuyer market. He said his bank through the end of October handled about 1,825 home mortgages. Typically the bank handles about 1,200 a year, Shaughnessy said. The difference is due in part to the government’s refinancing plan for Freddie Mac and Fannie Mae loans, and the offer of tax credits.

“That has definitely helped our volume,” Shaughnessy said, adding that the programs have also helped shore up real estate values.

Joan Lonergan, principal broker of Coldwell Banker Village Green Realty, said she too has seen the market “come back in a healthy way.” Prior to the 2008 presidential election, sellers had a difficult time and buyers seemed skittish. Lonergan said that has changed and, as long as the area does not see a significant increase in unemployment, the housing market should continue to stabilize or decline only slightly.

Lonergan said current housing prices on average seem are about what they were in 2003, and buyers are feeling more stable about investing. The number of new foreclosures, she said, do not seem to be “coming on as fast and furious anymore.”

Lonergan said many clients are excited about buying in the Hudson Valley area because “It’s less expensive and it’s beautiful.” She said they can own a home in the area and still keep an apartment in New York City, for example. Buyers can get more for their money and the housing market is less volatile, she said.

She estimates it will be four to five years before the market starts to see an increase.

John Greenan, executive officer of the Dutchess County Association of Realtors, said his organization has seen sales volume increase over the past several months as well. He said there is a lot of inventory on the market and buyers can afford to be picky and negotiate more. Greenan said he believes home prices will continue decline into 2010 before leveling off and increasing again.

Most of the homes being sold in Dutchess County range in price between $200,000 and $300,000, Greenan said. He said there is very little movement on homes costing more than $400,000. Greenan said as the inventory decreases, the prices for homes will increase, bringing the market back up.